Prevent mold from the design or renovation stage

1. The phenomenon of condensation in housing 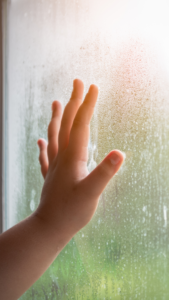 Because yes, the development of mold in a home is not very aesthetic. But the most serious thing is that their presence causes health problems: mucous membrane irritation, respiratory tract infections (asthma), and so on.

But what is this scourge? What can be done about it?

Moulds. These are fungi that are invisible to the naked eye and occur naturally. They are carried into homes by air currents, humans and pets. And to grow, they need water. Our daily activities (cooking, showering, etc.) combined with the naturally lower temperature of the walls, make the environment conducive to the development of fungi.

So, when black stains appear on the walls, it’s hard to find your way through this multifactorial problem. Is there insufficient ventilation or is the ventilation defective? Do we notice a high production of humidity like a tumble dryer for example? Or the presence of thermal bridges that are sources of heat loss?

With INDALOⓇan indoor air quality simulation software, you can accurately know the humidity levels in the rooms. This is possible at different times of the day and in different seasons of the year.

By combining these results with a calculation of surface temperatures, we can determine whether water vapor condenses on the walls, especially at thermal bridges, and for how long.

This gives a good indication of the risk of mold formation due to condensation.

Let’s look at a case study.

A few years were enough for mold to spread in the dwellings of a residence in the Hauts de France region just out of the ground.

To carry out the renovation work, the social landlord called on the services of AIR EFFICIENCE (specialized in ventilation) and ETNAP (all trades). In order to control the risk of new mould growth, a specific approach was implemented during the design phase.

“With the Building Owner, we defined occupancy scenarios representative of the dwellings affected by the work operation. We then modeled all the housing configurations in INDALOⓇ. Then was analyzed the risk of occurrence of surface condensation phenomena at the thermal bridge as well as the risk of mold development according to:

This analysis work was carried out over the period of October to April for different design choices involving the ventilation system and thermal bridge correction. “

So, imagine a 13 m² room in a home occupied by two people. Several configurations have been evaluated:

3. What measures can be taken to prevent the appearance of mould? 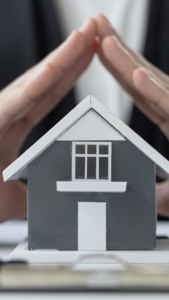 Using INDALOⓇ simulations, we are able to identify the times of year when the risk of surface condensation is highest.

In addition, the characterization of thermal bridges, which are the priority condensation areas and therefore conducive to the development of mold, was carried out with the CONDUCTEO software. This tool allowed to determine the surface temperatures according to the mode of insulation (ITI), the nature of the insulation and the interior and exterior temperatures.

Shall we play guessing games? The residence is located near Lille (a big clue), you were told that it was degraded… How much humidity do you propose?

Well, for a temperature of 20°C in the room, during the month of October and March, without correction of the thermal bridge, the relative surface humidity is higher than 80% during one third of the day! It feels like being in a hammam!

In order to identify the measures to be implemented, different scenarios were compared according to several criteria. Regarding the risk of mold growth, the comparison focused on the number of exceedances during which the surface humidity was higher than 80% for more than 5 hours as well as the maximum duration during which the humidity was higher than 80%.

Here are some of the results: 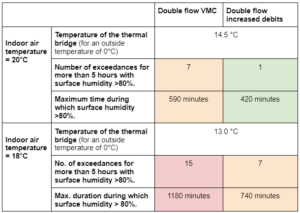 What solutions to prevent the risk of condensation?

First of all, there is a treatment of the thermal bridge. Concerning the ventilation solution, it depends on the housing and its configuration. Yes, theory is good, but in the real world, you have to know how to adapt to different budgetary constraints, acoustics, space… Thus, for some configurations, the system chosen is a double flow ventilation system with increased flow rates in the bathroom. For others, the choice was made for a single flow system with additional extraction controlled by CO2.

Thanks to this study, we were able to select the ventilation and thermal bridge correction solutions adapted to each housing configuration.

Thus, making the right design choices to avoid any risk of condensation and mold is possible.

Are you a landlord or a developer? Are you a design office? What if you chose prevention?

Have you ever heard of the Pharaohs curse ?

People who entered the tombs often suffered from respiratory problems afterwards. Everyone thought it was a curse! It was proven that it was actually mold.

Indeed, at the death of the pharaohs, offerings of all kinds were left in their tomb, which, with time … moldy!